It seemed so simple, cross a train yard, hop a train and Todd and Nick would be free, on their way home to Elk's Ridge in Yellowknife. Nothing is ever simple or easy for the Ruger men, however. Captured by Vice-Chancellor Raleigh, Todd is imprisoned, leaving Nick alone and seeking a way to free his mate. Help comes from an unlikely and unexpected ally. Todd's freedom places the Rugers yet again into the Chancellor's debt. He sends them on a fact finding mission to the small village of Eldrid, the same village where Nick was raised a slave.

There they discover how past events led to their present society, the origins of sentries and slaves and what made some of them so special. They also uncover a conspiracy spear-headed by Vice-Chancellor Raleigh. An attempt at stopping him isn't as successful as they'd hoped when old enemies are confronted. The realities of war, and why some people don't survive, are hard lessons for both Todd and Nick to learn.

Through firefights, explosions and a vicious attack from a seemingly unbeatable supernatural being, one thing is reinforced over and over-the most important thing each one has is each other. Will they survive or join an ever-growing list of casualties?

Excerpt:
​
Todd tossed all the bags he carried into the closest car and kept helping people onto the train. He saw Nick sprint to the opposite end of the depot and disappear through a door. Running down the line of cars to the last one, Todd saw what Nick had likely seen. The very end car was prepared for the horses. As he reached it, someone from inside was shoving a ramp to the ground beside the tracks.

Gunfire erupted from the opposite side of the train and the shooters on top returned fire. Todd grabbed a rope the man inside the train tossed to him and secured the ramp. That done, he ran back to the midsection of the train to help the soldiers working to get all the people aboard.

Something crashed out of the far end of the depot, drawing plenty of gunfire from the field alongside the tracks. Nick was riding Obi and had the horse moving at a full gallop when he cleared the depot. Along with Arenite, Nick had the leads of a half dozen or so other horses. Half of the soldiers on top of the train swung around and open fired, giving Nick plenty of cover.

Ducking his head and leaning forward, Nick got the horses going even faster. The man from inside the car ran down the ramp and met Nick. Todd had to give him credit. Running toward a group of galloping horses and catching them when Nick let some of the leads slide from his grasp was no easy feat.

Fortunately, all but Todd's and Nick's mounts were trained army horses. Once their leads were released, they stopped and stayed put until the man snatched up their leads. The gunfire all around them barely got more than a few jerked heads, twitched ears, and snorts. Nick rode Obi, Arenite in tow, up the ramp.

When the man with the rest of the horses was safely inside the car, Todd lifted a teenage girl and carried her to one of the waiting cars. Some people were carried through the opening in the straw bales on stretchers. Others were hoisted over the bales.

Once all but the last handful of people and soldiers were aboard, the captain shouted to the engineer to start moving. It would take some time to build up speed, and the train would be rolling forward slowly enough for the rest to get on safely.

Nick jumped back to the platform and pushed to a run, shouting, "No, no, no!" Todd's heart skipped a beat.

Kyle had gotten Jacob away from where Sandra's body still lay. Todd knew the soldiers would send people back for the dead once it was safe. He surmised some of the soldiers had told people that as well.

Jacob held a bag. He extracted two handguns from it before dropping it to the platform.

"You bastards are all going to die for this!" he screamed and headed to the end of the train.

Nick tried broadsiding him, but Jacob was too far out of reach and darted away. When Nick ran after him, Jacob stopped, turned, and fired. Nick stumbled, grabbed his shoulder, and dropped to his knees for a few beats, then staggered to his feet.

Todd's heart and stomach crashed through to the bedrock. There were several heart-stopping seconds before Todd was able to suck air into his lungs. An icy trickle of sweat oozed down Todd's spine, and the only thing his brain focused on was Nick was shot!

The World of Sentries 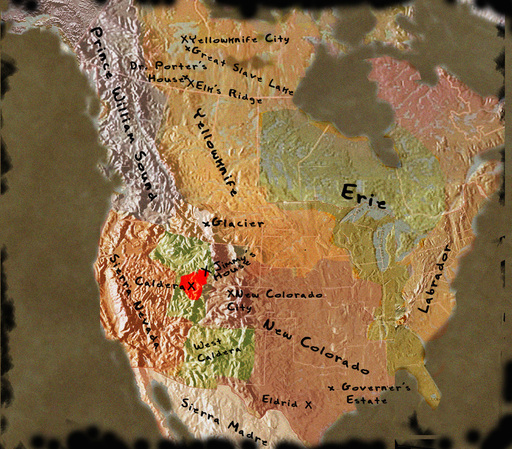 MM Good Book Reviews Pixie gives 4 stars...I will recommend this story to those that love a post-apocalyptic world, paranormal aspects, a strong lovers bond, complex storyline that weaves through the entire series and a happy for now ending. Read More

Literary Nymphs 4 stars from Critter Nymph  Fans of this series are sure to love the new addition. Read More

Mrs. Condit & Friends  Lucky gives 5 sweat peas! Elizabeth Noble has created an amazing world, filled with love and passion as well as danger and intrigue. She blends it seamlessly as we see the world through the eyes of the two main characters. Some mysteries will be solved. Others will begin to blossom. Old hatreds will be tempered. And a new home will be found.  Read More
Reviews by JesseWave Sammy give 4.5 Stars Oh My Goodness…this was, yet again, another compelling and action packed novel starring our favorite mated sentries, Todd and Nick. Read More

Rainbow Book Reviews Christy Duke give 4 stars
I adored this fourth book and am eagerly awaiting the next installment. Read More.
I've been fortunate to have received some very nice reader reviews on Amazon and Goodreads. Thank you to all my fans who take the time to post a few words about my books.