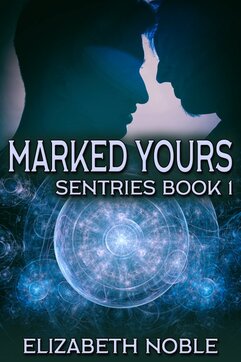 ​When one society fell, assaulted by natural disaster, in its place rose another, molded into something entirely different. Protectorates were divided by beliefs and distance. Slavery was accepted and threats both natural and supernatural were commonplace.

This became a world where sentries were needed. Trained almost from infanthood, these tough men and women lived in a society within a society. They were warriors and protectors, ferreting out evil and defending the citizens of New Colorado Protectorate from inhuman terrors and, on occasion, human ones.

Todd Ruger was born into life as a sentry. Raised by a hard father into a hard life, Todd becomes the consummate sentry, tough, dangerous, and good at what he does. When he wasn't quite into his teen years, he was bonded to a special young slave named Nick. For years their only interaction was through letters. Friendship turned to a sort of courtship between them. Todd lived for the day Nick became of age and Todd's ownership would take effect. That was the day Nick would leave the village with Todd. They'd begin a life together. They'd make a difference.

Raised as a slave, Nick never wanted to be special, but nature had other ideas for him. He grew up in a village with other slave children and was taught to be useful to his future master because he had a gift ... or curse. The tutors responsible for his upbringing didn't understand what Nick could do, what he was; they were afraid of him. If sentries hadn't bought him, it was likely he'd never have lived to see the age of five. All that changes the day Nick leaves the village with Todd. He's cared for and shown a new, better life with a man who loves him honestly and wholly.

But after being together barely a day, Nick is brutally attacked and injured. Though he recovers without incident, Todd's heart fills with revenge. The guardian in him turns into a dangerous, driven assassin, a wolf on the hunt.

Todd's obsession with tracking down the men who hurt Nick and making them pay could very well get them both killed. Can they survive and build the life together they've both dreamed of for years?

NOTE: This is the third edition of Marked Yours. The first and second editions were released by another publishing house. This story has been revised and re-edited with the end result being a better, stronger story.

Sliding to one side, the guy pushed off an elbow and swung at Todd, rock in his hand. Getting one foot under him, Todd slipped in the mud and landed flat on his back, watching in horror as the rock bore down on him.

From somewhere that seemed far off, he heard a knife whistle through the air.

The man screamed, clutching at his hand, a knife sticking out. The rock fell from him grip. Turning, Todd barely had time to register that it was Nick sitting on a horse, throwing a knife, before Nick's eyes went wide and his face turned the color of curdled milk. The brander had staggered away a few more feet, pulled his own gun from a hip holster, and fired.

Nick's horse jerked, then screeched a high-pitched and hideous noise and threw herself into the air as the bullet grazed her flank. Nick tumbled off the back of the rearing horse and hit the ground on his back with a hard thud. That gave Todd the time to regain his own weapon and fire.

Todd's aim was accurate and true, his prey dead before hitting the ground. "Ya should've stuck to branding, 'cause you were a terrible shot," Todd muttered.

Thunder rumbled off in the distance, and the rain picked up intensity.

"Nicky!" Todd ran to Nick, grabbed his arms, and hauled him off the ground. "Are you okay?"

On his feet, Nick looked at him, face going from fear to anger. He seemed to shake himself. Then he straightened and shouted, "You don't get to do this to me!"

"Nick? What --?" Todd's words were cut off when Nick's hands slammed against his shoulders, forcing him back a few steps. Then another hard shove and Todd went back a few more steps.

Nick backed away from him, crying and looking like a lost boy and pissed-off man all at the same time. "You don't get to do this!" he was shouting again. "You gave me a home. You made me yours, loved me, and let me love you. You don't get it! Jimmy was right. You're a moron. I'm yours, but you're just as much mine! And you goddamn don't ever get to take that away from me!"

Todd stood there, blinking stupidly, as much shocked by Nick's actions as his words. He realized his mouth was hanging open, shut it with a snap, took a deep breath, then another, and watched Nick's face crumple as sobs welled out of him. After taking a few steps toward Nick on shaking legs, Todd reached out and put both hands on Nick's face.

"Just because you're pissed off by what they did, doesn't mean I am. It doesn't mean you get to leave me just so you can have some payback."

"You keep saying we're in this together and we have to trust each other." His arms wound around Todd as Nick stepped closer and pressed his face to Todd's shoulder.

"I'm sorry ... Nicky ..." Todd took one step back, separating them. He kissed Nick's cheek, murmuring against Nick's skin, "We gotta get outa here, buddy. You can't be here."

"I do. Same for you. You don't get to take it away from me either, because I love you too much to be without you."

Todd's attention jerked to the canyon walls, confused as to what sent him into near panic mode. Nick's horse bolted away, his own right behind her. "What the ...?" Gripping Nick's arms, Todd looked around.

Nick gasped and leaned back, staring at his feet. The ground rumbled and popped.

"Nick, as much as I'd like to take credit for that ..." His words caught in his throat when the sound of rock hitting rock reached his ears.

Todd grabbed Nick's other hand in a crushing grip and darted around him, pulling Nick after him. He'd taught Nick a lot of things, but not this. "We have to get out of here." Nick hadn't grown up in an earthquake-prone area; he'd have no clue what was happening.

The world went deathly quiet for a few seconds before exploding in a crash of cascading rock and bucking ground.