This book is currently not available. Check back for re-publishing details.
Reviews

Rainbow Book Reviews: ﻿Christy ﻿gives four stars...﻿A delightful and exciting short story, 'Always Plan Ahead' by Elizabeth Noble is a reminder to never take anything, or anyone, for granted. Thank you, Elizabeth. Read the review.
﻿
MM Good Book Reviews: Pixie says... ﻿I recommend this to those who love passionate and reserved men, who loves glimpses of the future science fiction, who loves reserved men showing their love with comfort and a very cute ending. Read the review.﻿

I've been fortunate to have received some very nice reader reviews on Amazon and Goodreads. Thank you to all my fans who take the time to post a few words about my books.
Always Plan Ahead by ﻿Elizabeth ﻿Noble


Juan﻿ ﻿﻿Vizquel ﻿﻿and Victor Fortrey have been together for a long time. Victor is a sweet man but hides it well. Most people see him as cold and distant, but Juan knows better. He is given a powerful reminder when an﻿ accident on the space station where they live and work leaves Juan temporarily helpless. Victor steps in, becoming Juan’s hero in some very unexpected ways.


Okay, maybe it didn’t actually suck. Space technically was just there and didn’t really do much of anything; it was nothing more than somewhere for lots of cool and interesting things to take place in.


The important and operative word was cool. However, cool didn’t adequately describe what Juan was in the middle of just now. Cold was close. Frigid was even better. Really fucking freezing your nuts and everything else off glacially polar ice cap cold almost had it. The reality was Juan’s brain was too frozen to come up with any better words to describe this environment.


Juan walked along the scaffolding, muttering a litany of Victor’s words as he went. “It’ll be fun, Juan. An adventure, Juan. You’re an astronomer. You love the stars, Juan.”


Truth be told, Juan did love stars. Stars were warm, sunny, bright, and full of heat. They gave the universe light and life. Not that Juan really wanted to be on a star since those temperatures would burn your nuts and everything else off as effectively as the cold was currently doing. However, he could have done with a small bit of that heat right about now.


Removing tools from the pouch hanging off his belt, Juan reached out and grasped the framework of the large deep-space telescope suspended between the cross braces of scaffolding. Thanks to spacewalk simulators and the fact that he’d vomited all over each and every one, he wouldn’t have to go outside to complete his task. Outside was space, and that was even colder than inside.


“Didn’t anyone get the memo my name is Juan and I’m from Puerto Rico? I grew up practically on the damn equator.” Juan pulled the telescope array closer and began loosening the panel to expose the equipment. It was his project and therefore his job to keep the thing running smoothly and tweak it when needed.


One hundred seventy-five years after Neil Armstrong had uttered the words “That’s one small step for man, one giant leap for mankind,” an international private conglomerate had spent a gazillion dollars establishing a research facility on the moon. Part of the current research involved telescopes being deployed farther and seeing more. That meant assembling them in space and keeping them at a certain frigid temperature until they were launched into a long-range orbit to ensure they’d work properly outside in the freeze-your-nuts-and-everything-else-off environment of space.


Unfortunately Juan wasn’t on the moon right now. He was on a space station orbiting between Earth and her main satellite. In a few weeks, a transport would come by and take Juan, his partner, Victor, and a few others the rest of the way to the moon. The moon was nice; he’d been there before. It was comfortable and homey and there would be no reason to work in subzero temperatures.


The panel was stuck and his stupidly thick gloves weren’t helping. Juan let the wrench he held dangle, where it thumped gently against his thigh. He pulled the gloves off and stuck them in a pocket on his leg. The space station revolved slowly, so while there wasn’t full gravity, Juan wasn’t in a weightless environment. His tools were tethered to him, but if he dropped the gloves, he’d possibly have to chase them down several flights of stairs. That might warm him up for the moment, but it would be a colossal waste of time. The sooner he got this done, the sooner he could be back in the main living area, which was heated to a delightful twenty-one degrees Celsius.


Once off the scaffolding, Juan could also finally have his morning cup of coffee. At least the coffee here was better than when he’d been working in the Antarctic. He rubbed his hands together to warm his fingers and blew warm breath on them before grasping the wrench handle. It would only take him a few seconds to get the panel open and then he’d put the gloves back on to finish.


“It’s a dream come true, Juan. We’ll be part of history, Juan,” he grumbled, leaning over the scaffolding railing to turn the bolt on the panel. “Your dream, Victor. Mine was to find a nice cushy observatory somewhere warm.” No one ever froze to death in Hawaii.


A large benefit of his job was the big blocks of time alone to vent. He’d freely think—and sometimes talk out loud to himself—about his life with the man. They were thoughts he’d never say to Victor’s face, no matter how long the two of them were together or how well they knew one another. 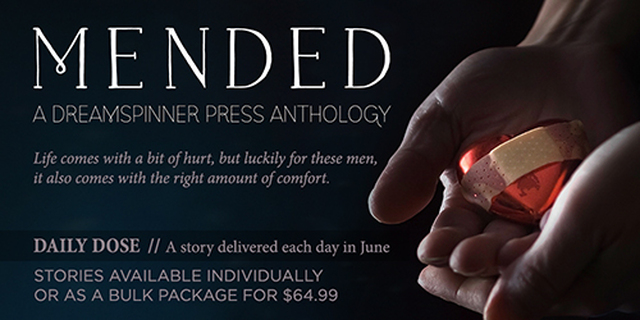